A photograph has emerged on the WeChat social media account of the Western Theatre Command of China’s People’s Liberation Army Air Force (PLAAF) suggesting that the service has inducted a new 130 kg precision-guided bomb into service. 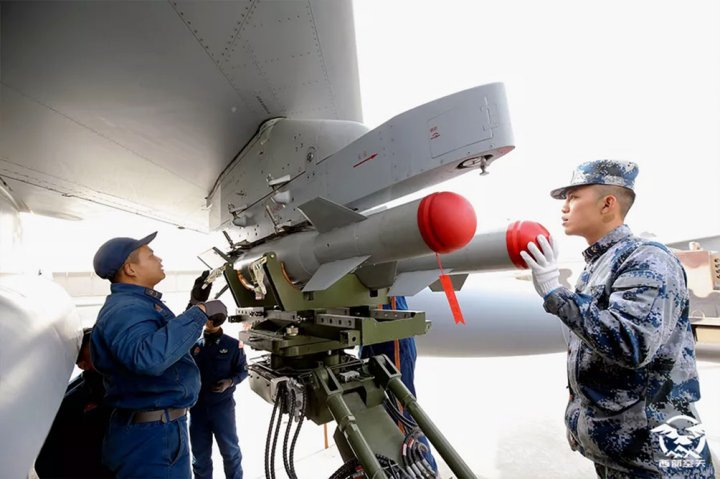 An image published on 17 September on the WeChat account of the Western Theatre Command of the PLAAF showing what appear to be two GB 100 precision-guided bombs being loaded onto a JH-7A fighter-bomber. (PLAAF)

Posted on 17 September as part of an article on a PLAAF exercise the image shows what appear to be two Tiange GB 100 bombs being loaded onto a JH-7A fighter-bomber. No further details were provided about the weapon, which was first displayed to the public at the Airshow China 2014 defence exhibition in Zhuhai as part of the Tiange series of precision-guided bombs.

The Tiange series is produced by the China North Industries Group Corporation (Norinco), and includes the GB 500 bomb, which has been in PLAAF-service since 2017 as the JG-500B.

How China has been upgrading its nuclear arsenal

Through songs, SFF delivery it’s a battle promise to China

Exclusive: What will Pakistan do as FATF sanctions continue till Feb 2021?

Exclusive: Why China wants to pull back from Ladakh immediately?

How China has been upgrading its nuclear arsenal

Through songs, SFF delivery it’s a battle promise to China

Five Eyes looking forward to including India in the group