On 12 June 2001, a relatively unknown missile, jointly developed by India and Russia, blasted off from its canister at the Integrated Test Range in Orissa’s Chandipur and roared majestically into a clear sky breathing out orange plume and leaving behind a cloud of smoke. It was perhaps the first time that the defence minister and all the service chiefs were present to witness the test launch of a missile.

Nearly 19 years later, this relatively unknown missile — BrahMos — has evolved, as its makers say, into a ‘brahmastra’, becoming a critical component of the offensive firepower of the Indian Army and the Indian Navy. The Indian Air Force is close to inducting its air-launched version, and the missile may even find a foreign buyer soon.

The Block-I of land-based version of the BrahMos was tested in the mid-2000s. By June 2007, the Indian Army had inducted the first missiles into its arsenal.

“The missiles can be fired in single or salvo of 2 to 3 seconds within four minutes of receiving command,” the maker of the missile says.

In 2010, a new version of the missile, based on the army’s need for precision targeting in mountainous terrain, where targets are often located behind natural barriers, was tested for the first time. The changes required for this in the missile’s guidance software were incorporated in Block-III of the missile.

This version of the missile is capable of steep diving into valleys after flying over ridge lines, making it suitable for use along India’s mountainous border. By 2016, the version was tested for 65-degree steep dive. In 2019, it was tested for vertical steep dive.

India reportedly has three regiments of the BrahMos with Block-I and II missiles. In 2018, the government gave a go-ahead for the induction and deployment of a fourth regiment of the BrahMos in Arunachal Pradesh. This regiment of BrahMos will be equipped with the steep dive version of the missile.

The Indian Navy was the first to identify the potential of the BrahMos missile. In 2003, destroyer INS Rajput was fitted with four missiles, two on each side in inclined configuration. It was inducted by the navy in 2005. 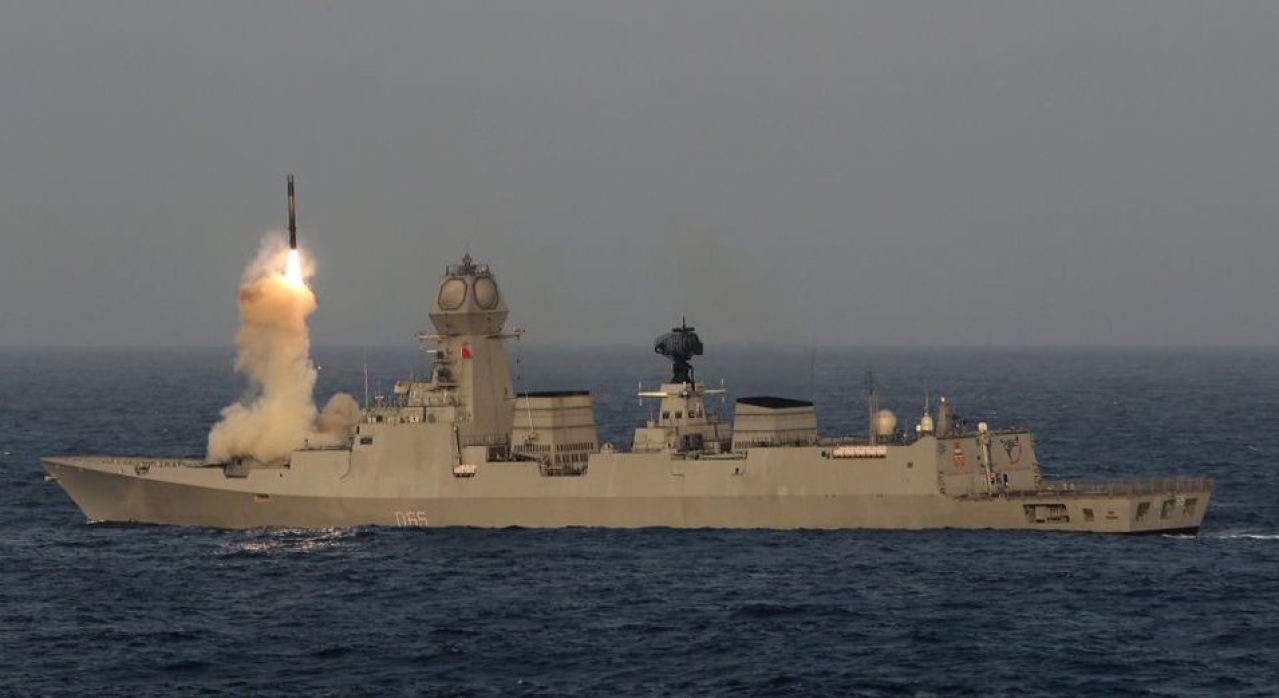 Apart from some Rajput-class destroyers, the navy uses BrahMos cruise missiles on Talwar-class, Shivalik-class, and Nilgiri-class frigates, Kolkata-class and Visakhapatnam-class destroyers for both anti-ship and land-attack roles.

The navy has demonstrated the capability to fire the missile in salvo mode, “in which warships carrying the BrahMos can fire eight missiles at an enemy flotilla, two seconds apart, each targeting a different enemy warship”.

Earlier this year, the IAF deployed No. 222 Squadron ‘Tigersharks’ at Air Force Station Thanjavur in Tamil Nadu. The squadron is being equipped with SU-30 MKIs capable of carrying BrahMos missiles.

BrahMos Aerospace is also developing an ‘NG’ version of the missile for the IAF. According to Livefist, Su-30MKIs will be capable of three BrahMos-NGs.

After India became a member of the Missile Technology Control Regime, BrahMos Aerospace has been working on increasing the range of the missile.

A new version of the missile, called BrahMos-ER (ER for extended range), was tested in 2017. In 2019, the firm said that a new missile with a range of up to 500 kilometres is ready. Another version, with a range of 800 kilometres, is under development.

“In another six months, we would be close to 75 per cent,” BrahMos Aerospace managing director and CEO Sudhir Mishra said in May 2018.

In March 2018, BrahMos was tested with an indigenous seeker developed by BrahMos Aerospace in partnership with the Defence Research & Development Laboratory and made by Electronic Corporation of India Limited. Two private companies were also part of the development of the indigenous seeker.

High Energy Materials Research Laboratory of the Defence Research and Development Organisation (DRDO) is developing a special solid propellant to be used as fuel by BrahMos. Work on the programme was started in view of Russia’s reluctance to share the technology for solid propellants with India.

Why Russia India Friendship is still far from over

China sends tanks in Tibet, next Ladakh standoff will be deadlier