This marks the successful completion of the MiG project, and the last airframe numbered CU-2780 was received by Air Marshal Vibhas Pande, Air Officer-in-Charge, Maintenance of the IAF.

The last delivery marks an important milestone for India’s MiG-21 replacement efforts. MiG-21 is expected to serve till late 2021 or early 2022 and further in reserve units. The aircraft is expected to be replaced by India’s own Light Combat Aircraft ‘Tejas’, which is still only in limited series production and HAL is expecting an additional order for 83 aircraft in the Mk-1A configuration.

The MiG-21, also known as Fishbed, is perhaps one of the most respected fighter jets by aviationists around the world, and the aircraft was the most advanced of its type when it made its first flight in 1955. The Fishbed is also the most produced supersonic fighter aircraft with about 11,500 units manufactured worldwide. 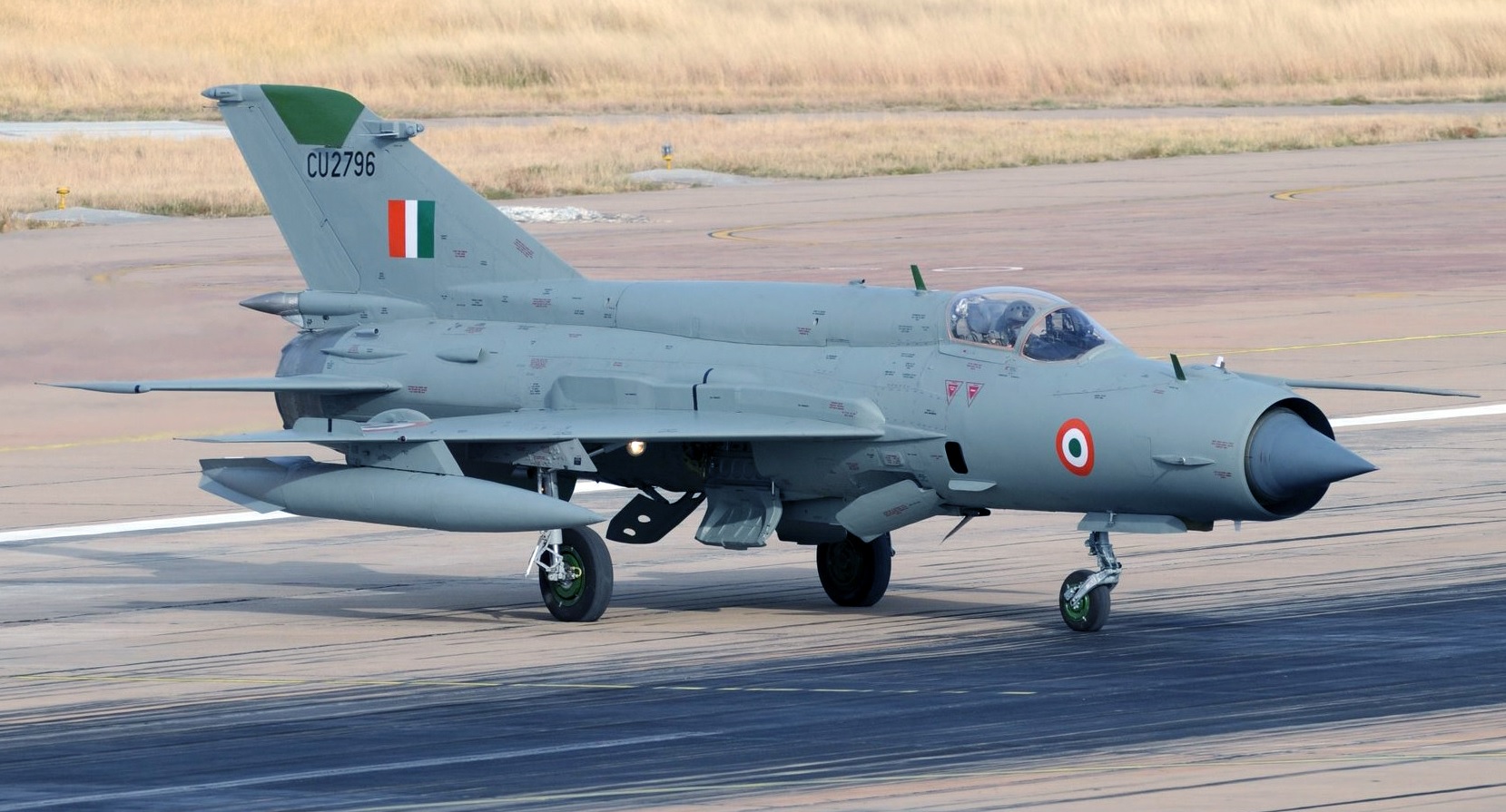 The aircraft was developed following the success gained by producing the venerable MiG-17 and MiG-19 by the erstwhile Soviet Union. It was a time when the Soviets and the Americans were in a race to develop better and more potent aircraft.

The MiG-21 was the first successful Soviet aircraft combining fighter and interceptor characteristics in a single aircraft. It was a lightweight fighter, achieving Mach 2 with a relatively low-powered afterburning turbojet, and is thus comparable to the American Lockheed F-104 Starfighter and Northrop F-5 Freedom Fighter and the French Dassault Mirage III. Earlier, due to the lack of information in the West, the aircraft was often confused with the Sukhoi Su-9.

7000-Tonne, Most Lethal Chinese Submarine Type-093A Heightens Tension As It Goes Hunting In The Sea

MiG-21 has been in service with over 60 countries around the world. India was the first major customer for the aircraft, and the deal had a huge importance in securing the Indo-Soviet relations at the time. In 1961, the Indian Government chose the MiG-21 after extensive trials, and three years later in 1964, the aircraft became the first supersonic fighter jet to enter service with the Indian Air Force.

The aircraft saw limited operational deployment in the 1965 India-Pakistan war owing to a dearth of trained pilots. Nevertheless, the defensive sorties conducted during the war became a valuable learning experience for the IAF to develop the tactics and allowed it to mature faster than other countries operating the MiG-21. The positive feedback from IAF pilots during the 1965 war prompted India to place more orders for the fighter jet, and also invest heavily in building the MiG-21’s maintenance infrastructure and pilot training programs.

The aircraft’s next combat sorties were seen in the 1971 India-Pakistan war (Bangladesh liberation war), which resulted in a humiliating defeat for the latter. The Indian Air Force managed to shoot down four Pakistani F-104As, two PAF Shenyang F-6, one PAF North American F-86 Sabre, and one PAF Lockheed C-130 Hercules. According to one Western military analyst, the MiG-21FLs had clearly “won” the much-anticipated air combat between the MiG-21FL and the F-104A Starfighter.

Because of the performance of India’s MiG-21s, several nations, including Iraq, approached India for MiG-21 pilot training. By the early 1970s, more than 120 Iraqi pilots were trained by the Indian Air Force.

The MiG-21 has had its share of controversies as well, especially since the past two decades when the alleged hindrance of aircraft’s upgrade programs led to losses of many fighter planes. Compared to the modern digitally controlled fly-by-wire systems, the MiG-21 is older-generation mechanically-controlled and requires a very high-level of pilot experience. Only the veteran pilots are given the command of this supersonic interceptor. This, coupled with the aircraft’s age, resulted in the criticism.

During the 1999 Kargil war, one MiG-21 piloted by Sqn. Ldr. Ajay Ahuja was shot down by Pakistani forces using a Stinger MANPADS, when he was trying to trace a crashed IAF aircraft flown by Flt. Lt. K Nachiketa (his MiG-27 suffered engine flameout). While Sqn. Ldr. Ahuja ejected safely within the Indian side of Line of Control, he was later killed by the Pakistani regulars in staunch neglect of the Geneva Conventions.

In the same year, MiG-21s of the Indian Air Force intercepted and shot down a Pakistani Atlantic Maritime Patrol Aircraft in what came to be known as the “Atlantic Incident”.

While the development of indigenous Light Combat Aircraft was delayed, the Indian Air Force pushed for the upgrade of the platform, and the current serving MiG-21s in India are highly up-gunned variants and the most advanced MiG-21 types in service globally.

While the MiG-21s are often dubbed ‘Flying Coffins’ because of a series of accidents over the years, the aircraft’s Chinese copy (Chengdu J-7) is itself in service in large numbers with the Pakistan Air Force, which continues to operate many third-generation Mirage-III and Mirage-V fighter jets.

The Indian MiG-21 earned the name ‘Falcon Slayers’ when, during the famous dogfight on 27 February 2019, the aircraft scored a kill against a much more advanced F-16C operated by the Pakistani Air Force piloted by Wg Cdr Shahaz Ud-Din (who was reportedly lynched by Pakistani villagers mistaking him to be an Indian airman).

However, the Indian Mig-21 was itself shot down in the process by another PAF F-16, piloted by Wg Cdr Nauman Ali Khan. The Indian pilot, Wg. Cdr. Abhinandan Varthaman was taken as a PoW and later released by Pakistan. He was made a national hero by the media.

Currently, about 54 MiG-21s are in active service with the Indian Air Force. The aircraft type, along with the Jaguars, would be replaced by the Light Combat Aircraft ‘Tejas’, while complementing with the newly-acquired Rafale fighter jets from France.

The world will face consequences from the US-China War

Exclusive: Why Pinaka is the Indian Army’s most feared weapon system?

The world will face consequences from the US-China War