In early June 2021, the Sukhoi corporation announced the beginning of the development of a fifth-generation single-engine tactical fighter. Such aircraft are now widely distributed abroad and this model is to become an export version of the Su-57.

What will it inherit from the classic Su-57?

The design will widely use technical solutions that have already been developed on fifth-generation Su-57 fighters. This includes radio-absorbing coating, avionics and weapons systems.

“The new export fifth generation fighter jet will receive a different engine compared to the Su-57. It will be fitted with a less powerful Al-31FN engine,” says Vladimir Stavreev, a military analyst at the Military Review magazine.

It is planned that the take-off weight of the new fighter jet will not exceed 18 tons.

According to Stavreev, initial reports suggest that the new fighter jet will also be 7 tons lighter than the Su-57.

“The thrust-to-weight ratio, that is, the ratio of the mass and thrust of the engine, should be equal to one. At the same time, as with its predecessor, it has reduced radar visibility,” the expert notes.

The maximum speed of the new super-maneuverable machine on the popular single-engine scheme abroad will exceed two Machs (more than 2 000 km per hour). 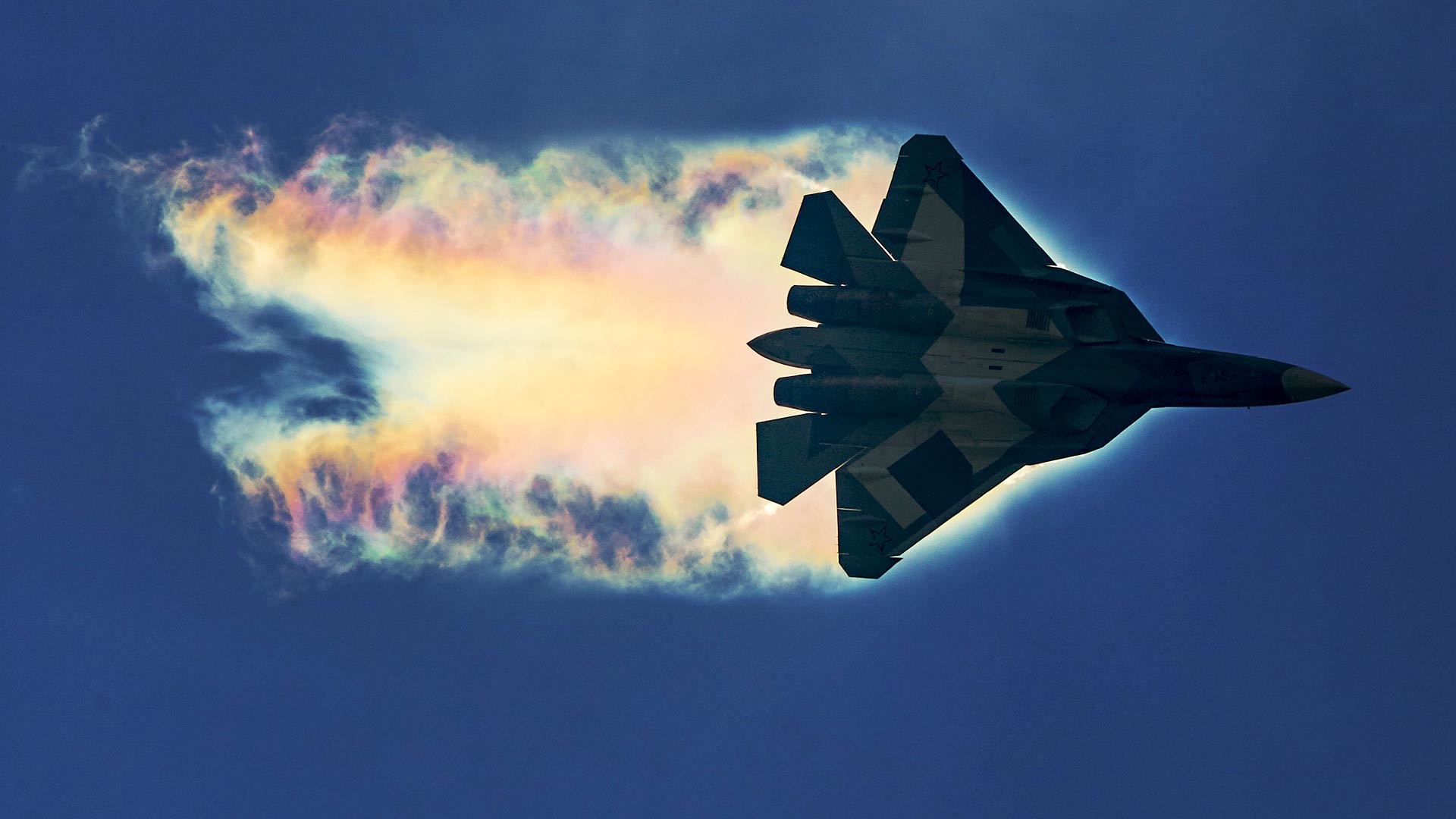 The strength of a single-engine circuit is the price. Such aircraft are much cheaper than heavy fighters of the ‘Su’ line in service with the Russian military.

More than half of the cost of a combat aircraft is the power plant and fuel system. Many countries want to have cheap equipment in service with the Air Force and single-engine fighters are the most suitable option.

As for combat qualities, single-engine aircraft are not inferior to heavy ones in terms of on-board equipment, radar systems and maneuverability. And the difference in combat power, due to the smaller mass, does not exceed 20 percent.

Another issue is survivability. After all, aircraft with two engines have the ability to reach the airfield if one fails.

“The Americans are not afraid to fly the F-35, because they are sure that it is ‘invisible’. The threat to the F-35 exists only in countries that have air defense systems that can see it. And these are just a few states: Russia has S-400 air defense systems and those to whom we have supplied these systems-China, India and Turkey,” says Stavreev.

According to the professor of the Academy of Military Sciences, single-engine aircraft are more practical than twin engine aircraft in a real combat situation.

“In intense combat operations, when a powerful air defense system and enemy aircraft are operating, the fighter performs five, maximum ten sorties. Then, it either goes into repair, depending on the level of damage sustained, or it is shot down. Losing expensive heavy aircraft with two engines is too expensive,” the analyst points out.

In his opinion, any power should have the technology to create inexpensive single-engine aircraft in order to quickly establish their mass production in the event of war.

Why India’s Wait and Watch strategy may work in Afghanistan

Why India’s Wait and Watch strategy may work in Afghanistan

For combatting China, the US opens its top-secret networks for British Troops